BillRun’s system is easily operated and offers multiple benefits due to its open-source architecture, including low maintenance costs, yielding ROI within one year only. PelePhone’s investment in the new program is estimated at several hundred thousands of dollars.

Total, seamless portability
“The system fully complies with Israel’s Ministry of Communications portability regulation,” said Ofer Cohen, CEO of BillRun. “It enables the porting of any phone number, and updates all relevant porting information – both at the ‘donor’ and the ‘recipient’ company, as well as throughout all other telecom company porting systems within 30 minutes only.

Our advantage over other solutions is the system’s simplicity – both in its hardware and software – which enables a smooth and complete integration of the system within 3 months. The system resides on virtual servers which are easy to manage, and, since it is based on an open-source code – and thus downloadable from the web – customers are free to choose their own software provider.

Lightning-fast integration
“BillRun’s solution has replaced the old system and was integrated quickly and efficiently,” says Aaron Huberman, director of CRM and Business Development at PelePhone. “Installation took only one day, and the phone number porting was completed a week later. All adaptations to the legacy systems were implemented by modifying the EAI infrastructure.”

“Having experienced the launch of our previous porting system in 2008,” Huberman reports, “I can truly appreciate how quickly, easily and smoothly this system started to work from the get go. Any problem that occurred was instantly solved, and within less than a week we were back to our daily routine. The project’s success was due both to outstanding teamwork between the BillRun and the PelePhone teams, and the efficiency of the system which required minimal product adaptations during installation.”

The new system is based on the standard LAMP architecture, including Linux, Apache, MySQL, and PHP, and utilizes the Zend Framework – a well-known, stable PHP program developed by Zend - a company which developed the popular PHP Web development framework. 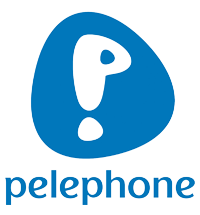